HE IS PEACE AMBASSADOR since 2010, title conferred on him by the UPF (Universal Peace Federation) in Padua for his way of bringing music among people in the name of gratuity and beauty.

“Il Giornale” dedicates to him the entire weekly page “ITALIAN GUYS” on the 25 november,2012

For the Marsiglio editions, published in April 2013, the journalist Stefano Lorenzetto lists him among the 25 courageous Venetians in his book: “ HIC SUNT LEONES”

He obtains the prestigious “ STAR TO SOCIAL MERIT ” obtained on October 14th 2013 in Milan in the 5th International social commitment award.

In 2014 the documentary film was released: “ The pianist out of place “. Stories and extraordinary images of a unique story in Italy.

In 2015 he published the book: “ The music of a dream “. With an ironic and autobiographical style is the story of anyone who chooses freedom to make a dream come true. And the freedom of the heart knows no obstacles. 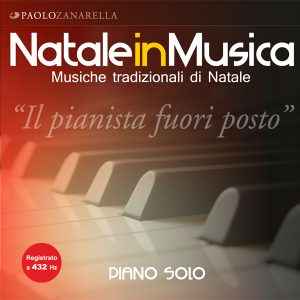